Macbeth is an outdoor, site-specific performance made at the estates of Bentlage Kloster in Rheine (D) & Hooge Boekel in Enschede (NL). It is performed by four men in four languages; German, English, Dutch & Twents, the regional language around the dutch/ german border in that area.

All actors play themselves while telling the story of Macbeth as well as the character of Macbeth and many other characters. So I worked with strong colour codes to identify the different characters or families. 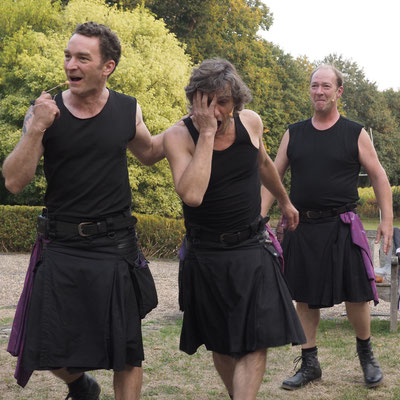 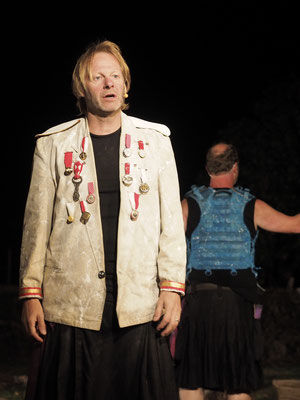 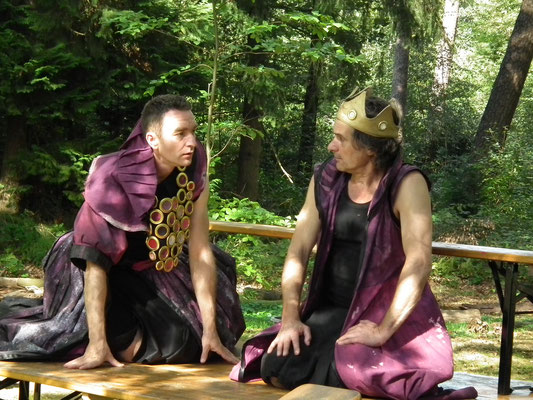 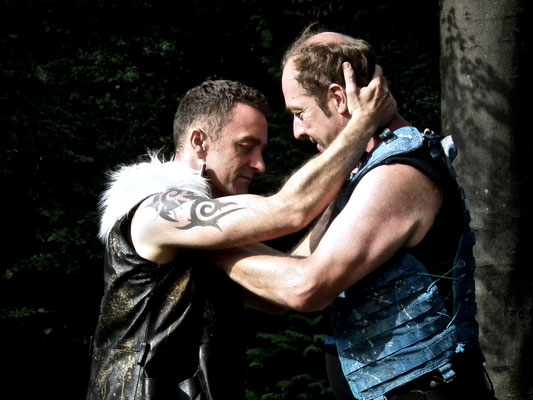 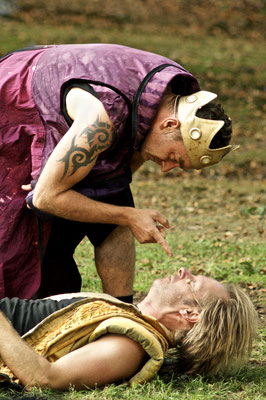 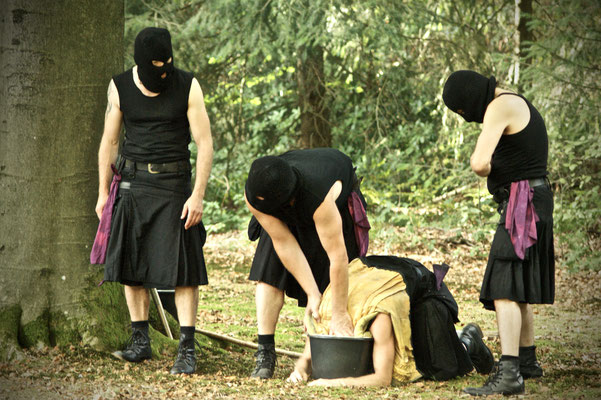 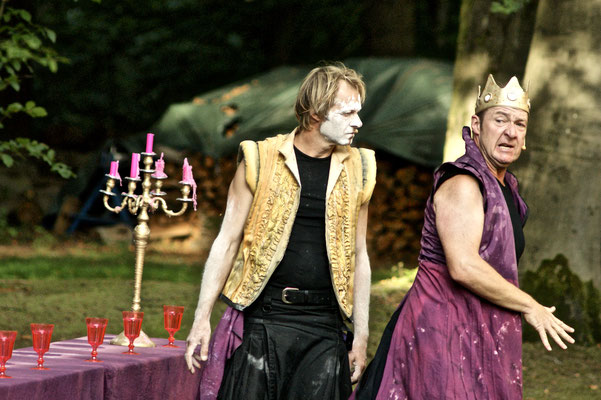 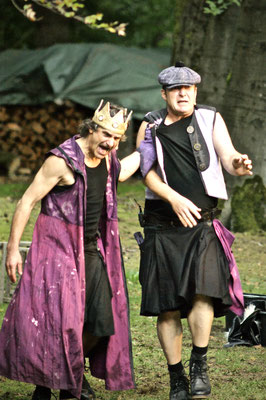 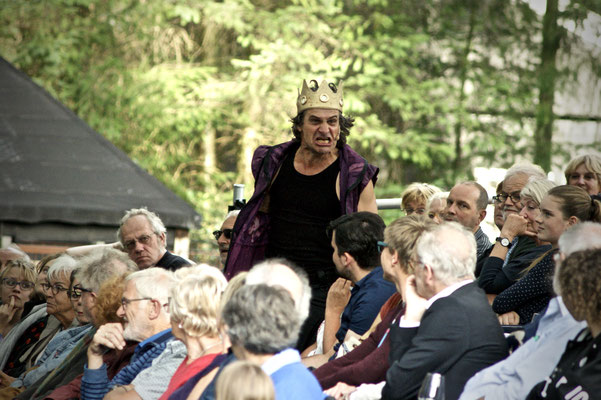 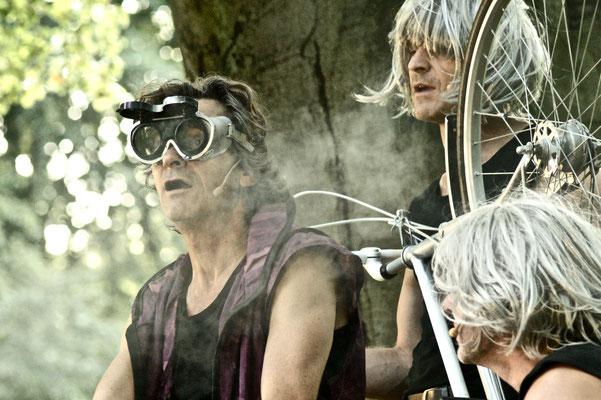 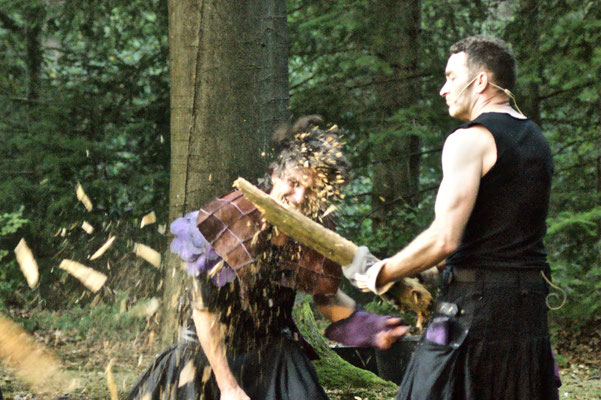 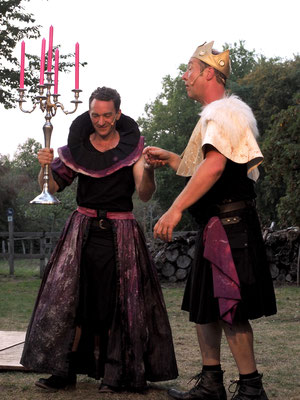