A site-specific performance about European village life performed in factories in the province of Friesland. The factories that hosted the performance all have Frisian roots but trade internationally.

As all factory buildings were totally different from another I created a stage that could be arranged to the needs, do's and don'ts of the locations and would still be the village. Some of the houses were used to perform with, others could be placed wherever we liked to make, the mostly enormous spaces, one big happy village.

The watering cans were the equivalent of the nature I think is the big visual difference between city and village life.

Photo's were taken at Craftwurk in Drachten.

Get  more information on Tryater 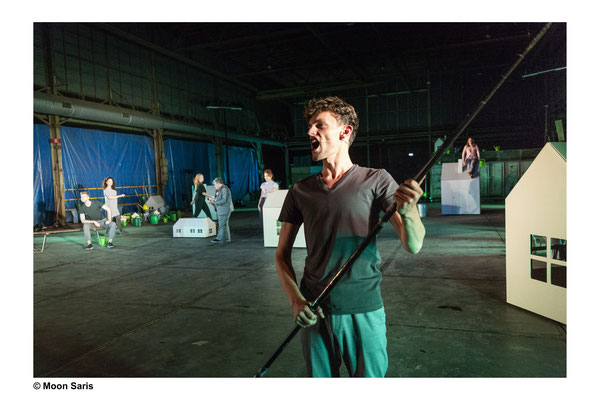 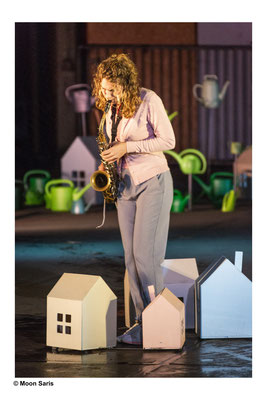 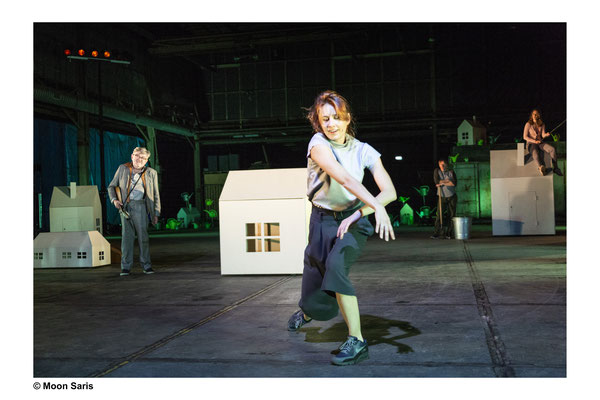 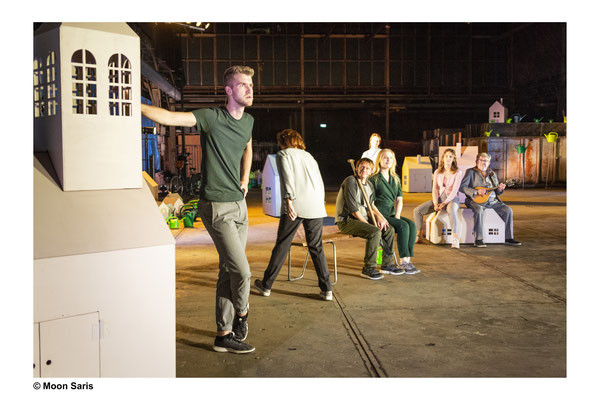 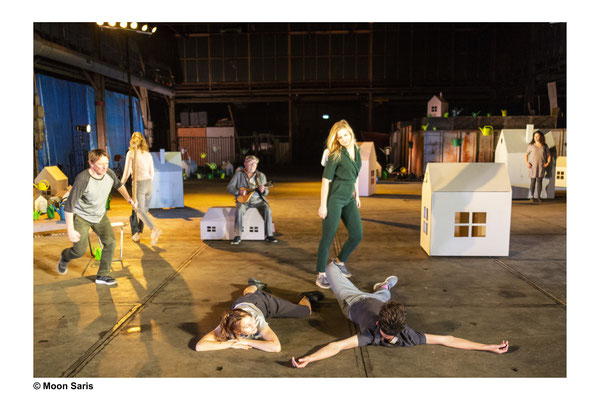 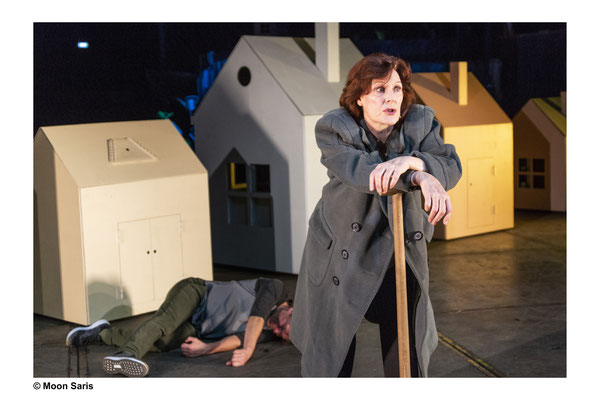 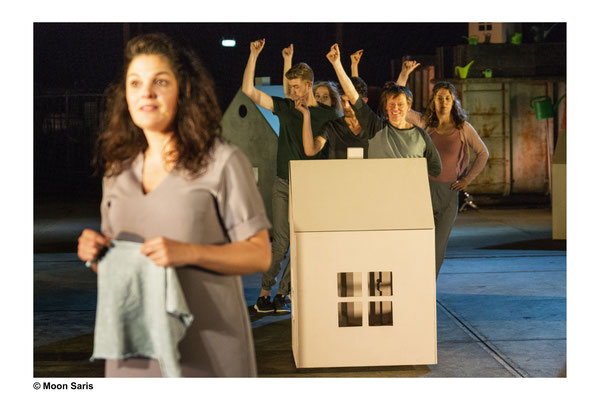 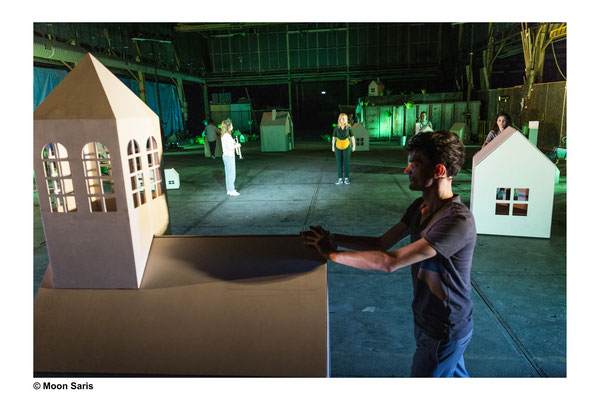 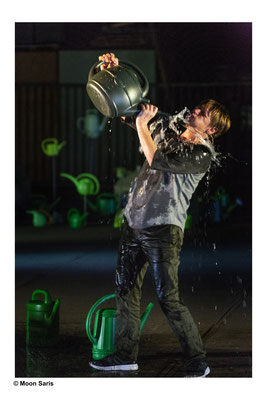 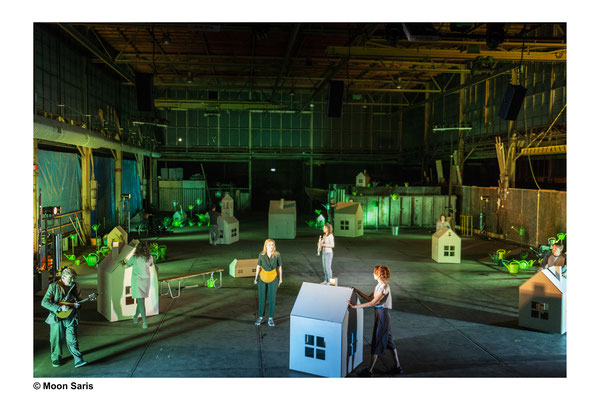 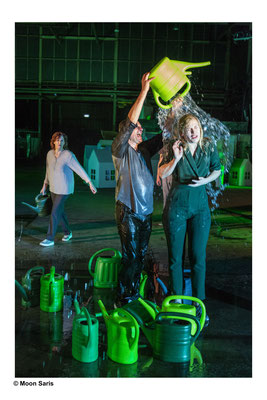 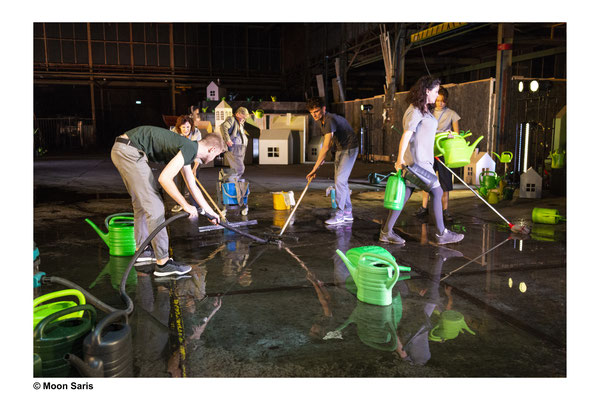 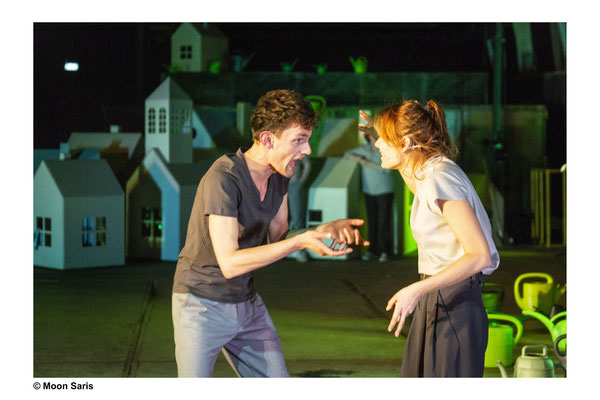