Three female 'theatre makers' & director Silvia Andringa made this performance about femininity and identity. Besides their personal stories and searchings they tell the old Greek story of Philomela and Procne.

I wanted to make a stage design that did not overrule the personal stories of the actresses but was firm enough to support the Greek myth. That is why I came up with a rather abstract textile tapestry. I cut it in four so it seemed a bit incohesive but as lines were continuing from one part to the other it still felt as a whole. 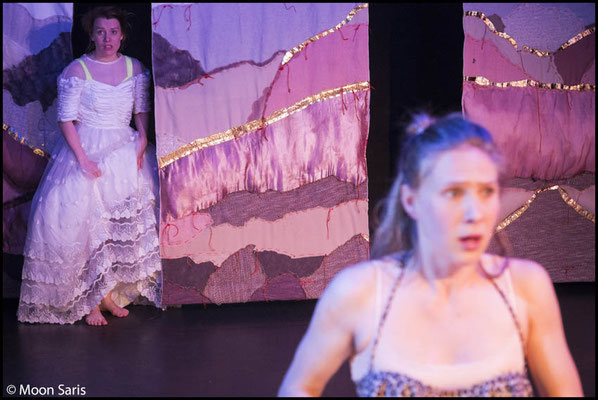 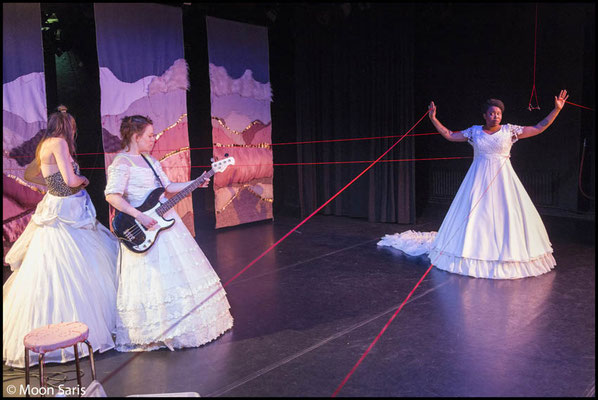 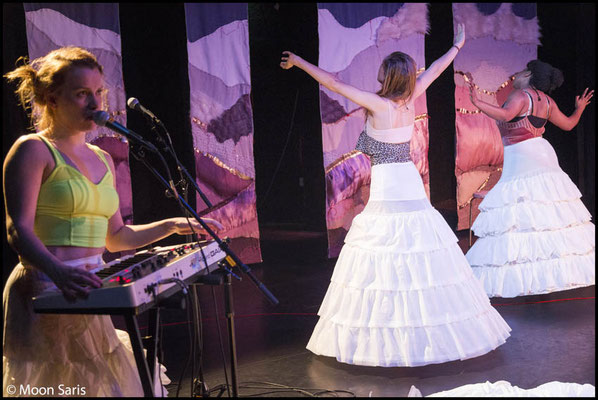